7 Nose Shapes That Can Be Corrected with Rhinoplasty 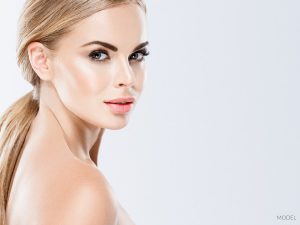 Imagine if they took a picture of every person’s nose from every continent on earth and tried to find 2 that were exactly the same – it couldn’t be done, right? There are subtle differences in all of our features that make us one of a kind. But, if you could ask anyone on the planet what makes a nose attractive, the consensus would be that an appealing nose should be in harmony and balance with the other features. A nice looking nose doesn’t distract from the rest of the face. For people living in The Woodlands that are unhappy with the shape of their noses, rhinoplasty is a common solution.

If you have always known that your nose was unusual, even if it’s a genetic trait, we’ve made a list of 7  shapes of noses along with a brief description of each to help you identify what your particular nose shape is and how each type can be corrected with rhinoplasty.

If you live in The Woodlands and have identified yourself as having one or more nasal problem, and are interested in learning more about how we can help you breathe better, look better, and feel better than call (936) 539-8115 today to arrange a consultation with Dr. Myers.

How Can We Help?

Fill out the contact form to let us know how we can better assist you.

Before and After Photos

Please be aware that this is not a secure email network under HIPAA guidelines. Please do not submit any personal or private information unless you are comfortable doing so. Please understand that if you email us, you are agreeing to the use of an unsecured method and understand all replies will be sent in the same fashion and you are authorizing this.

This website is provided for information and education purposes only and is not intended to offer specific medical or surgical advice to anyone. No doctor/patient relationship has been established by the use of this site, and no diagnosis or treatment is being provided. The information contained here should be used in consultation with a doctor of your choice. No claim or opinion on these pages is intended to be medical advice or to replace a one-on-one relationship with a qualified health care professional. No guarantees or warranties are made regarding any of the information contained herein.